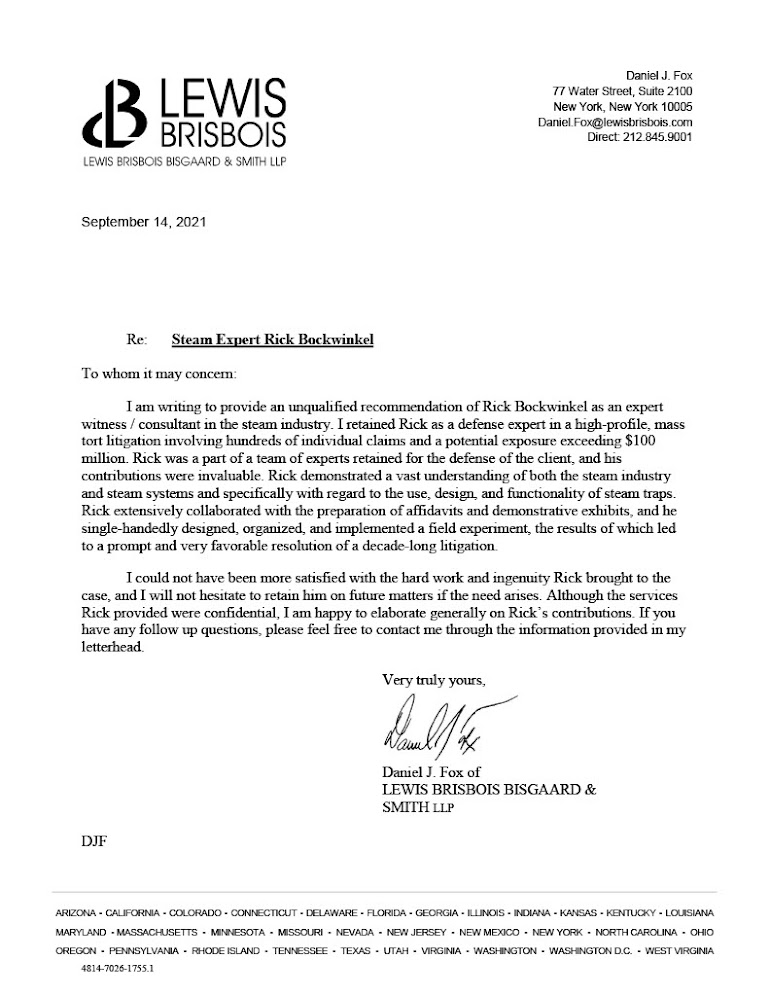 The following link provides a good summary of our Expert Witness Case that was with the lawyers for over ten years before a settlement was fully achieved...in favor of our defendant. 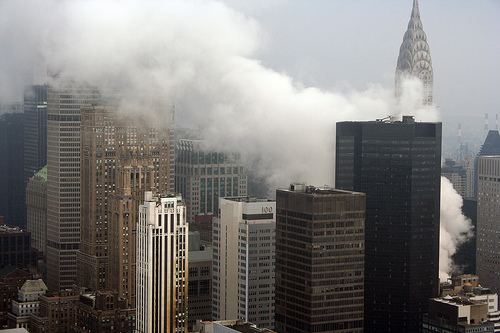 New Questions About Who Is to Blame for Steam Pipe Explosion 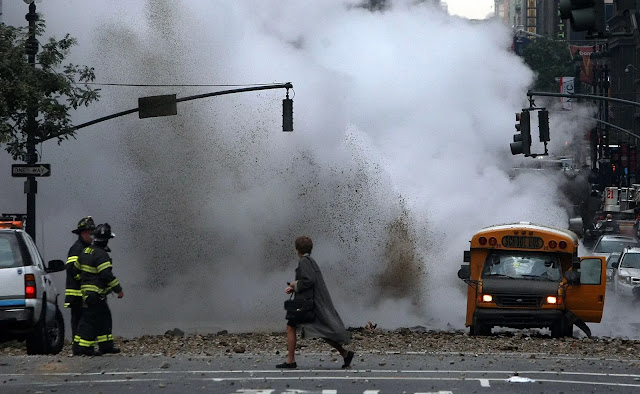 Ten years ago on Tuesday, a steam pipe explosion near Grand Central Terminal propelled a 40-foot-high geyser of scalding, brownish steam over a busy intersection, splashing debris over the evening rush hour crowd. One person died, dozens were injured and tens of millions of dollars’ worth of property was damaged.

Many who suffered the worst injuries have since settled their lawsuits with Consolidated Edison, the utility that operates the city’s steam distribution system. One victim was awarded $4 million after a jury trial. Much of the blame has fallen on a Texas contractor that did repair work on the pipe before the accident, using a sealant that clogged a crucial underground device, according to an investigation sponsored by Con Edison.

But now, with a trial scheduled in State Supreme Court in Manhattan for early October in a case with a wide array of plaintiffs, including people who were injured and businesses that suffered losses, new questions have emerged about the conduct of Con Edison and New York state regulators, according to thousands of pages of court documents reviewed by The New York Times. 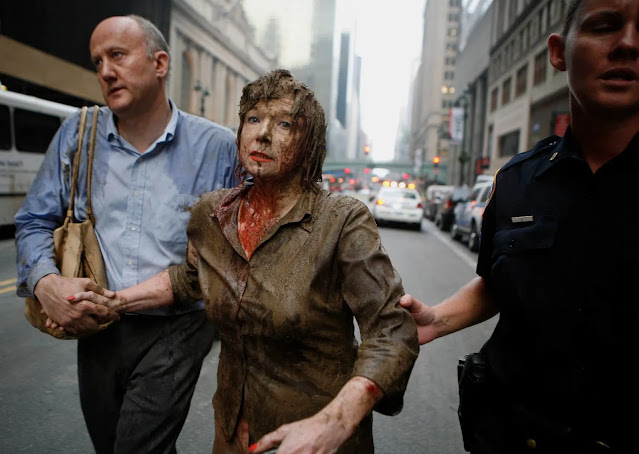 A woman was led away from the explosion, which occurred on July 18, 2007.Credit...Brendan McDermid/Reuters

Just last week, Rick Rutman, a lawyer representing several of the injured plaintiffs, argued in court papers that Con Edison, which is one of the defendants, along with the city and the Texas contractor, should be held accountable, citing the utility’s awareness of “a long-documented history” of systemic problems with the steam system. And within the last two months, two former state officials with extensive experience in utilities challenged the integrity of a 2007 report prepared by Con Edison’s consultants that held the Texas contractor, Team Industrial Services, responsible.

Team Industrial accused Con Edison in court papers last year of tampering with a key piece of equipment to avoid blame. The contractor also accused a state regulatory official of colluding with a Con Edison consultant in the midst of the investigation into the steam pipe explosion. After a similar case involving a gas explosion in Queens in

2008, the official was forced to resign when the state inspector general found that he had improperly accepted golf games and meals from that same consultant.

“Con Ed really ignored the problems,” said Louis B. Gerber, who was the lead counsel in the steam explosion litigation for the New York City Law Department for three years, and is no longer involved in the case. 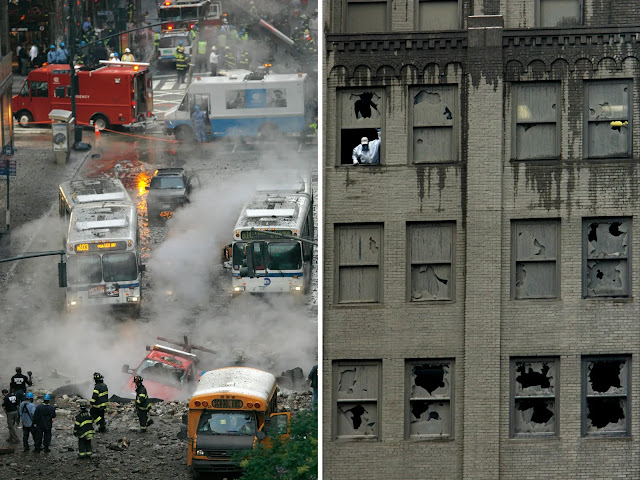 Con Edison has paid out tens of millions of dollars to people whose clothing, cars and other property were damaged in the explosion.Credit...Jason DeCrow/Associated Press; Todd Heisler/The New York Times

The intersection where the accident occurred, at East 41st Street and Lexington Avenue, was “constantly giving off steam because water would get in that manhole,” said Mr. Gerber, who is now at Kantrowitz, Goldhamer & Graifman, a law firm. “They were constantly pumping it out. They were trying to get a quick fix. And then it blew up.”

In a statement, Michael Clendenin, a spokesman for Con Edison, said that “we will address the allegations in the legal filings in court.” He said that Con Edison and the city were currently in mediation with numerous injured parties, and that their differences could be resolved over the next several weeks.

To date, Con Edison has paid out tens of millions of dollars in repairs, legal costs and compensation for people whose clothing, cars and other property were damaged in the explosion. The company has also sued Team Industrial, contending that it contributed to the disaster.

With more than 100 miles of steam piping and nearly 2,000 buildings served, New York’s steam system is the largest in the world.

Some of the new information came to light after the state inspector general, Catherine Leahy Scott, investigated a fatal 2008 gas explosion in Flushing, Queens, in 2012. Her office found improprieties at Con Edison and the state Department of Public Service, or D.P.S., the investigative arm of the Public Service Commission, which regulates the utility. Ms. Leahy Scott reported that Joseph Klesin, a supervisory engineer at D.P.S., had been pressured to share confidential information with Mario Martello, a Con Edison consultant who had previously been his supervisor, and that Mr. Martello had plied him and another state official with gifts.

As a result, lawyers for Team Industrial argued that Con Edison should produce more documents, including draft reports, emails and other materials. In May 2014, Justice Barbara Jaffe of State Supreme Court in Manhattan concurred. 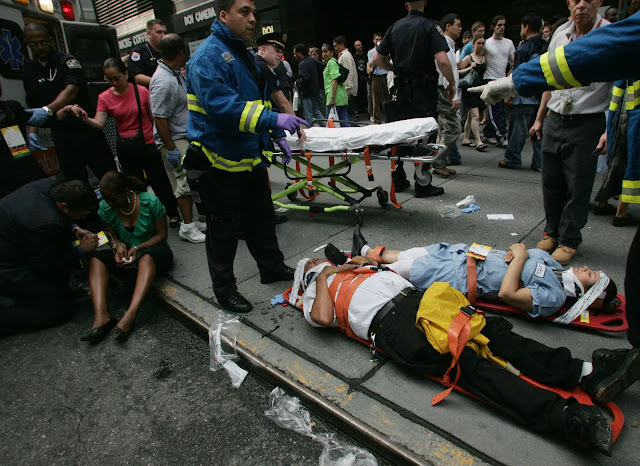 Dozens of people were injured in the explosion, and one person died from a heart attack while fleeing.Credit...Hiroko Masuike for The New York Times

She criticized Con Edison for interfering with the discovery process in the steam explosion litigation, and ordered additional parties to release unredacted documents. She also wrote that “Con Ed’s consultant’s communications with D.P.S. raise troubling questions about the integrity of D.P.S.’s ultimate findings,” which concurred with part of the Con Edison-sponsored investigation, though they also faulted the utility.

For instance, two officials with ABS Consulting Group, one of the consultants that prepared the Con Ed-backed report, acknowledged under oath that they did not know that Con Edison had removed a bypass valve from the steam trap assembly device that had been cited by Con Edison as a likely culprit in the explosion.

Darrell J. Whiteley, a partner in the New York office of the law firm Lewis Brisbois Bisgaard and Smith, which is representing Team Industrial, argued in court papers that Con Edison tried “to control and distort the investigation and public narrative and shift blame away from itself through the tampering, manipulation and permanent spoliation of key evidence.” He also said that the utility had tried to manipulate and collude with investigators. 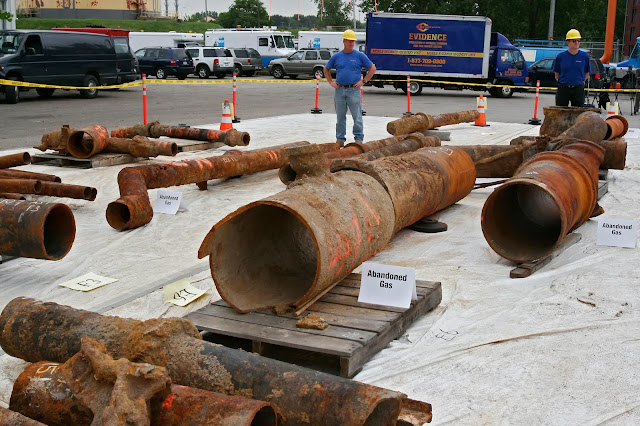 An independent study sponsored by Con Edison in 2007 found that a Texas contractor was responsible for the explosion. Now that contractor says the utility was colluding with state officials during the investigation.Credit...Melanie Fidler for The New York Times

In February, Con Edison dismissed those criticisms, arguing that it was standard industry practice for all parties to consult with one another while conducting an internal investigation, especially during the draft stages. At the same time, “self-admitted areas for improvement eventually served as the basis for a number of negligence claims against it,” noted the utility’s lead lawyer, Frances E. Bivens, of the Davis Polk and Wardwell law firm.

Con Edison demanded that the judge sanction Team Industrial for its “irresponsible” and “unprofessional” rhetoric and said the company had engaged in “mudslinging.”

But in recent months, two former state officials, Phil Teumim and Frank Radigan, who are expert witnesses for Team Industrial, have questioned the judgment and conduct of both Con Edison and ABS in preparing the 2007 report. 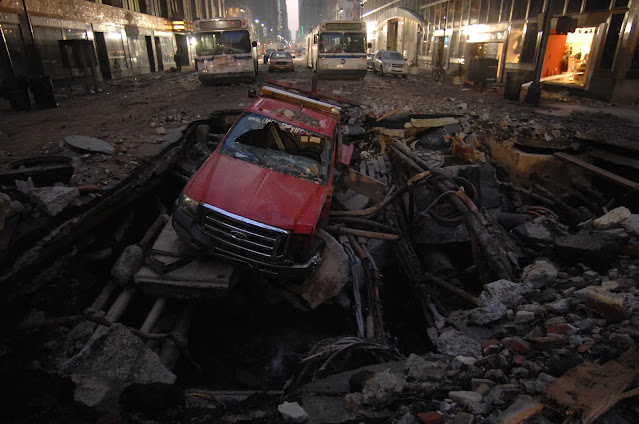 Debris covered the street on the night of the blast.Credit...Robert Stolarik for The New York Times

“Even a layperson can readily discern Con Edison’s clumsy and amateurish conduct in the handling of this evidence,” Mr. Teumim, a former division director at D.P.S., said in an affidavit. What happened “should be an embarrassment to the company, particularly since it touts itself as operating the largest steam system in the United States.”

Mr. Radigan, a former engineer at D.P.S., said in his affidavit that Con Edison had failed to replace a pipe in the area — even though it had a permit to do so — and had not insulated the pipe properly. He noted that the “missing insulation,” which was mentioned by ABS as a major problem in its draft reports, was not mentioned in ABS’s conclusions, making him “doubt the objectivity and scientific validity” of the final product.

“As an engineer, it is my experience that when the facts conflict with your model, it’s usually your model that needs to be fixed,” he said. “Instead, ABS seems to have simply ignored a significant fact that did not fit within its model.”

In his statement, Mr. Clendenin, the Con Edison spokesman, said that “after this incident we enacted many procedural changes and equipment improvements” that had made the steam system safer.

The state also said it has made major improvements, and that because of Con Edison and the state’s work, “the steam system is now safer and more reliable than it was 10 years ago,” said James Denn, a spokesman for the Department of Public Service.

If the case does go to trial, one thing that won’t be available is additional documentation from Mr. Martello, the Con Edison consultant who was criticized for putting undue pressure on state regulators in both the gas and steam explosion cases.

In a deposition taken in May 2015, Mr. Martello testified that, just days before he was subpoenaed, his computer was destroyed by — of all things — a broken water pipe in his home.